FRESHOLOGY has enlisted the fulfillment expertise of MM365 FOOD SOLUTIONS, an Edison, New Jersey-based enterprise bringing over 30 years of quality food capabilities to the booming ready-made meal sector of the food industry. 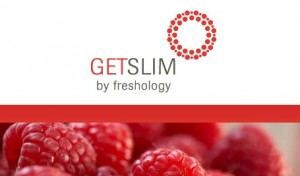 Partnering with FRESHOLOGY, along with a number of the most successful, high-end names in the fresh food diet/lifestyle direct-to-consumer sector, MM365 FOOD SOLUTIONS has already established itself as the gourmet nutrition M.A.P. and Contract Feeding resource based in the Northeastern USA.

MM365 FOOD SOLUTION’S implementation of state-of-the-art M.A.P. (Modified Atmospheric Packaging) equipment, technologies and logistics, coupled with the freshest food ingredients prepared in the most creative and tasteful manner provides for a happy & healthy repeat customer. The company’s motto is, ‘Where the diet ends, the lifestyle begins. Real food, really convenient.

M2 Caterers served gourmet cuisine at the first wedding reception of the newly renovated Berkeley Carteret Hotel in Asbury, New Jersey. The grand hotel is one of the newest venues for Merri-Makers catering which is on the preferred and recommended list at many of New Jersey’s premier wedding properties.

Merri-Makers began their catering business in 1978 and have facilitated countless weddings and parties, both on-premise and off-premise, over the past 30 years. Today Merri-Makers Catering is the exclusive caterer on some of New Jersey’s premier wedding properties including: The Stateroom, Bonnet Island Estate and Neshanic Valley Golf Course in Somerset County. Merri-Makers Catering is also on the recommended catering list for top wedding destinations that include Grounds for Sculpture, Morris Museum, the Mallard Island Yacht Club properties on Long Beach Island, and most recently, The Berkeley Hotel. 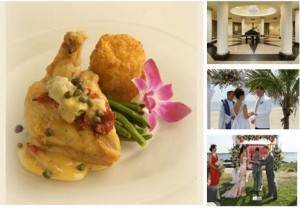 Merri-Makers Catering received awards as “Best Caterers” by The Knot magazine, a national bridal magazine, in both 2007 and 2008, and has earned its reputation as one of New Jersey’s most trusted and respected catering enterprises.

For more information about the company and their services, visithttp://www.merrimakerscatering.com .

LighterLife, the UK weight loss specialist, has conducted a survey of 1000 adults that reveals the full scale of abuse suffered by overweight or obese Britons.

Where someone lives is likely to determine how much abuse they get too. For example, 30% of Londoners would call a friend or relative a derogatory name, while only 15% of Scots would do the same.

The survey from LighterLife has concerned many in the weight management industry, stressing that people need encouragement to go on weight loss diets, not abuse.

Mandy Cassidy, a psychotherapist with LighterLife, said: “It’s sad that adults now find such behaviour acceptable, and particularly so among the younger age groups, as they could well carry through these views as they get older, thus increasing the problem even further.”

People can appear to shrug off comments, she added, but inside, they can be devastated:“Often it is only through counselling that the full impact become clear – many of our clients have resorted to avoiding social occasions and decline invitations.

“Even some people who appear totally confident say that they become ‘really good liars’ and concoct a range of excuses for not attending events – which can drive them indoors, to eat as a way of dealing with their hurt and anger, which compounds the problem.

“Just because someone is overweight, it doesn’t mean it’s acceptable to insult them. This type of prejudice isn’t tolerated in any other walk of life – so we shouldn’t allow it here?”

Dr Ian W Campbell, Hon. Medical Director of charity Weight Concern, said: “These findings are very concerning. People who have a weight problem need support, encouragement and advice on how to lose weight, not ridicule.

“Many already have underlying psychological and self-esteem issues and this type of behaviour can only serve to make matters worse and cause a great deal of distress.

“Few people want to be very overweight and would love to be able to change. That process needs support, not criticism; it needs incentive, not punishment.”

About LighterLife:
LighterLife is a weight loss management programme for people who are clinically obese, equivalent to three stone or more overweight and with a body mass index greater than 29.

The unique LighterLife approach combines low-calorie diets in the form of nutritionally complete soups, shakes and bars, with specialised counselling using cognitive behavioural therapy (CBT) and transactional analysis (TA) techniques. Clients benefit not only from safe, fast weight loss but they also learn the behavioural change needed to sustain it.

Founded in 1996, the LighterLife Programme was developed by three of its directors – Jackie Cox, Bar Hewlett and Rebecca Hunter.